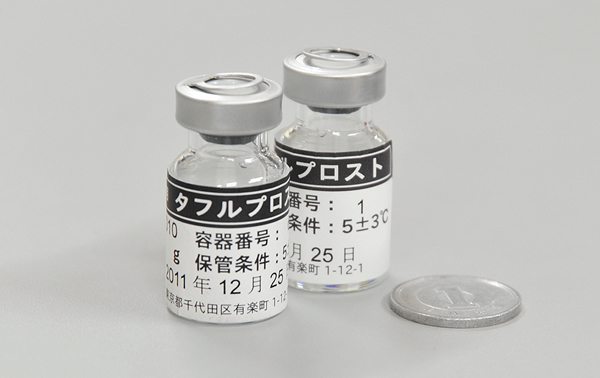 Tafluprost is a drug for glaucoma, which is said to have an estimated 60 million patients globally.
It excels in the effect of reducing intraocular pressure, which is said to be the main cause.
It is an active pharmaceutical ingredient developed jointly with Santen Pharmaceutical, and with a fusion of AGC Chemicals’ fluorine chemistry and organic synthesis technology. 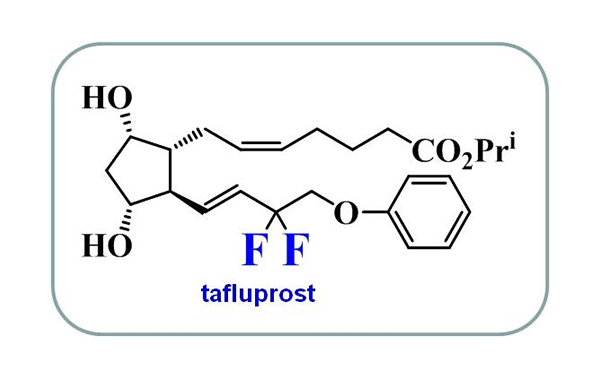 Tafluprost is an active pharmaceutical ingredient of prostaglandin-related glaucoma / drug for high intraocular pressure based on a fusion of the fluorine chemistry, organic synthesis technology and drug design capabilities that AGC Chemicals specializes in, with Santen Pharmaceutical’s sophisticated screening technology.
It exhibits the effect of reducing intraocular pressure, the main cause of glaucoma, and does not require cooled storage like equivalent conventional drugs because it has a high physical stability that enables storage at room temperature. This means it has excellent features that expand the range of uses for its consumers.
AGC Chemicals has supplied this product since market launch in 2008 and it is currently sold by Santen Pharmaceutical in multiple countries around the world including Japan, Europe, Asia-Pacific, North America and South America (global: launched in Japan and Europe in 2008 and U.S. in 2012).